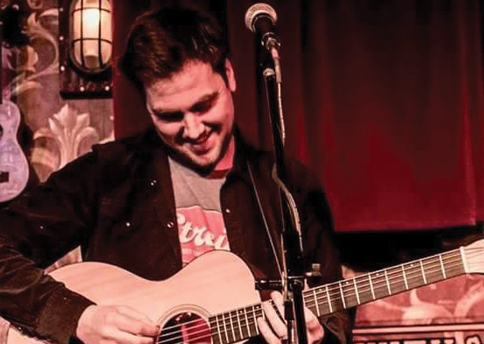 Weaving between two continents, Chris J. Connolly’s music has been his support system and a reflection of his journeys. Originally from Staffordshire, England – Chris spent his early years performing in hometown venues before eventually crossing the Atlantic to reside in his current home on Long Island. Inspired by both early American roots music and modern alt-rock, Chris grew to craft his own unique style of writing and phrasing that moves between sublime, evolving and hook-based melodies.

Chris’s debut album Flying Lessons is anchored around his raw acoustic guitar and vocal arrangements while also exploring newfound sonic territory. With minimalist additions of percussion, bass, and electric guitar, the album is a diverse and spacious journey rooted in natural performances and craftsmanship that maintains the intimacy and presence of his earlier work.

Chris’s recent live performances, with his band consisting of some of Long Islands most talented musicians, have brought a new dimensions to his songs, bringing audiences on a journey through light & dark, at varying captivating velocities.