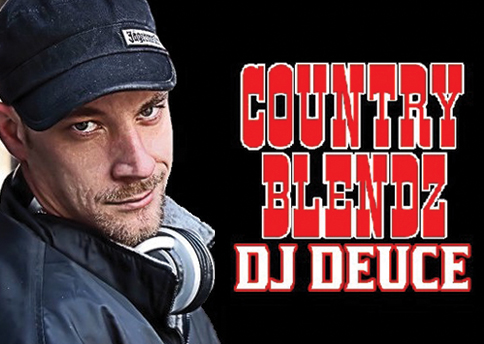 Infusing your favorite country hits with beats from the rock, dance, and hip hop genres, Country Blendz is a new country sound for a new country generation.”

Eric Reilly better known to his many followers as ” DJ Deuce,” was born and raised in Brooklyn, New York. DJ Deuce incorporated his roots into his mixes by giving today’s country music a brand new feel. Listeners of all ages enjoy the “Country Blendz” sound of old school party rock with today’s best country music. In almost 2 decades of spinnin the business he has held daily and weekly shows in one of the toughest and most lucrative markets in radio, New York. His shows were broadcasted on 101.7 The Beach, 106.1 WBLI, Party 105.3 and MyCountry 96.1 as well as custom TV mixes coast to coast on Music Choice Network. Deuce was also featured on “Good Morning America” LIVE on stage with Luke Bryan in Central Park NYC after his Country Blend “Country Girl Walks This Way” caught the buzz of the internet. His widely popular country remix combined two of Deuce’s biggest influences, Run DMC and Luke Bryan. In 2014, DJ Deuce was announced as the official remix/tour dj for “Heart Songs for Veterans” sponsored by CMT and featuring Sara Buxton and The Timothy Chance Band. He is also sponsored by LOST COWBOY clothing company. Deuce has also had the pleasure of opening for: