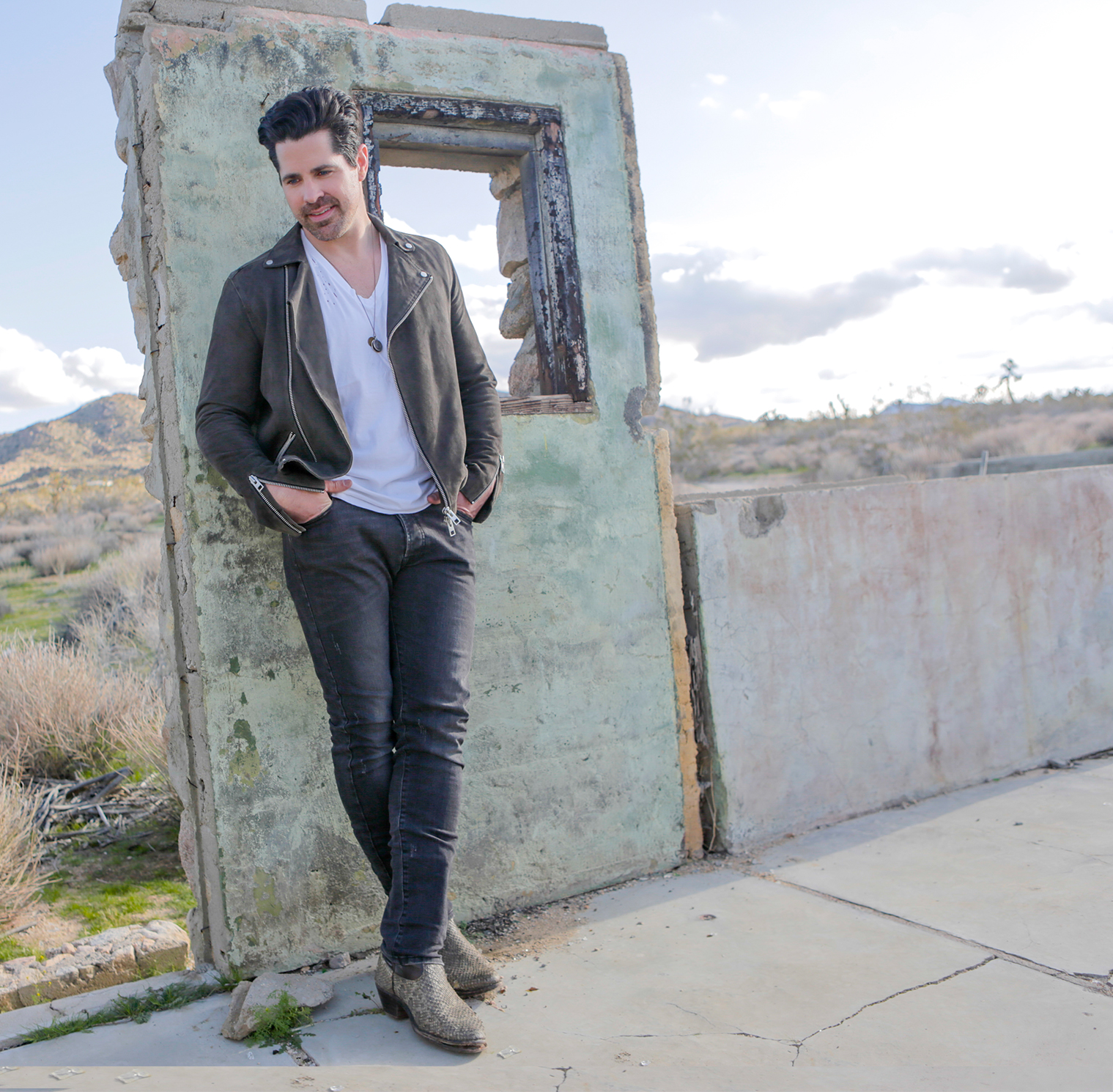 Success can be defined in many different ways, and for a songwriter who is also a recording artist, the best definition of success is to remain true to who you are as an artist. This may often mean eschewing the chart trend and going your own way musically. JT Hodges, who considers himself a writer as much as an artist, did that on his self-titled debut two years ago, and takes the same path for his upcoming, as yet to be titled sophomore release. The lead single, “Already High,” is setting the stage for a new album’s worth of music from Hodges that will reflect his growth musically, stylistically and as a storyteller.

“I have respected country music all of my life and no matter where country music goes stylistically it will always be a lyric based format,” Hodges said.  “It’s the kind of music where people want to hear a story and feel something real and honest. I think this new music has challenged me and set a new vibe within the sound of what everyone will hear when they listen.  I personally feel it is my best music yet.”

Besides “Already High,” Hodges and his label, Show Dog Universal Music, released a second new song, “Lay It Down,” exclusively to Sirius satellite radio.  According to Hodges, he wants to get as much new music out to the fans as possible prior to the release of a new CD.

The upcoming album will offer a more reflective take on the music and a different twist in the lyrics. It includes a diversity that suggests Hodges is creating a whole new kind of Country Pop Rock music blend. His first three singles, “Goodbyes Made You Mine, “Hunt You Down” and “Sleepy Little Town” were vital precursors to what is to come in the evolution of his music. These songs also lay a solid groundwork with music fans; collectively selling well more than 300,000 downloads. Add those sales to consistent touring over the past year, and a star turn in the Hallmark Channel’s December 2013 movie Finding Christmas and the table is well set for Hodges’ return to the country music charts.

“I am looking forward to getting my new music and the story behind it out,” Hodges said. “I’m very proud of what’s being created. It’s true to me, and I think any artist would say he or she has no regrets and can hold their head high if that’s the case.”

Growing up in a musical family in Ft. Worth, Texas and spending most of his free time at his dad’s studio, Jim Hodges Buffalo Sound, gave JT a unique foundation for music appreciation. Affectionately known as Pops, his dad studied concert piano at Julliard and jazz composition at the University of Texas. His mother Marsha, who Hodges says to this day can still out-sing him by a mile, decided to pass on a country record deal with MCA in order to pursue motherhood.  The studio was the family’s second home and at age seven Hodges was singing and writing his own lyrics. When asked what the first song he ever wrote was, JT laughed and replied, “It was called ‘Lover Girl’ and I was in 1st grade.  Hey, I still think it’s a hit.”

Hodges witnessed numerous artists and producers at work in his family’s studio, including heavyweights like T-Bone Burnett, Michael Bolton and Delbert McClinton, and each left a lasting impression on him. His grandmother loved Conway Twitty; his mother loved the early rock of Elvis, Jerry Lee Lewis and Buddy Holly while Pops often praised artists like George Strait, Reba McEntire and Garth Brooks. All of this has contributed to Hodges being viewed as the sultry country music artist with a little bit of attitude and a Texas size personality.

In addition to the timeless classics he was exposed to at home, his musical influences also include Don Henley, Dave Matthews, John Mellencamp and Tom Petty. He considers these artists timeless, honest treasures. And it’s this honesty that he carries in his own music.

“I started writing songs at an early age and was around such great music that it is naturally a part of me,” Hodges said.  “Of course, I was interested in other things like sports as a kid, but music was always there.”

After spending a few years in Los Angeles, where he met wife Kasey, Hodges moved to Nashville in 2010. He quickly caught the eye of some of the industry’s most influential producers and managers.  He signed with Show Dog-Universal Music in 2011 and released his debut single “Hunt You Down” from his album JT Hodges, which charted on Billboard’s Hot Country Songs.  The follow up single “Goodbyes Made You Mine” raced up the charts and the music video quickly racked up more than one million views; the song continues to be a fan favorite.  Another single off the album “Sleepy Little Town” spent two weeks at #1 on Sirius/XM’s The Highway.  That same year Hodges was nominated as a semi-finalist in the New Artist of the Year category for the 47th Annual Academy of Country Music (ACM) Awards.

The Texas newcomer’s original and raucous sound combined with his soulful lyrics make him an undeniable country-rock artist.  Hodges has produced himself and worked with a variety of other producers including Busbee, Nathan Chapman, Don Cook, Ross Copperman and Show Dog- Universal Music President Mark Wright — who has worked on both Hodges’ freshman and current sophomore efforts.  He has collaborated with numerous award-winning songwriters such as Rivers Rutherford, Chris Stapleton, Shane McAnally, Eric Paslay, Nathan Chapman, Ross Copperman, Don Cook and Mark Wright.  He has toured with the likes of Eric Church, Eli Young Band, Toby Keith and Miranda Lambert among others. He has also performed multiple times on the legendary stage of the Grand Ole Opry.

As mentioned earlier, in December of 2013 Hodges took his theatre and acting talents to network television when he starred in Finding Christmas, a Hallmark Films release on the Hallmark Channel during the network’s popular holiday programming schedule. The movie became the #1 rated movie of the week and cemented a rave review for Hodges from the New York Times.  He also performed a heartwarming rendition of the holiday classic “Joy to the World,” which was released digitally the same month.

It goes without saying that JT Hodges is acting every bit of himself, making the music that he loves and giving back to the fans what he gets from them…an honest reaction. Under the bright lights of the stage, one has no problem recognizing the singer’s passion and heartfelt thankfulness for his audience. His newest music continues to set JT Hodges apart from other artists and offers a new style with very little restrictions.

“The journey continues to be amazing and that’s what it’s all about,” Hodges said. “Making music, the kind that is true to me, is all that I want to do.”

For latest news and tour schedule go to www.jthodges.com. To connect with JT Hodges join https://www.facebook.com/jthodgesmusic and https://twitter.com/hellojthodges.