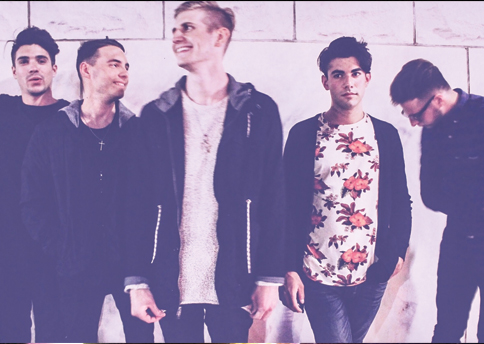 This New York quintet combines infectious synth hooks with ambient guitar riffs over dark pop grooves accompanied by Nick Micheline’s lyrics of self awareness, discovery and rebirth. Since MAYVE’s inception, the goal has been to create an all encompassing aesthetic through image and sound. Originally formed as a three piece, consisting of Nick Micheline, Mike Gusman and Joseph Rene, the band went through a brief identity crisis coming from Long Island. With the newest additions to the group, Kyle Murphy and Matt Emma, the band has new ambitions to create something unique. Since the release of their EP, Animals (2016), MAYVE has received nothing but praise and reassurance to keep growing. With their next EP, Motion, coming out later this year, the band promises to continue delivering a captivating live show that awes their audiences. “We want our sound to live in the divide between light and dark” says singer Nick Micheline, “The guys and I have been through alot this past year. ‘Motion’ is about a series of events that spiraled us into the band we are now.” MAYVE is showing promise as the band to keep and your eye on.