Nexus
Back to Artists Page 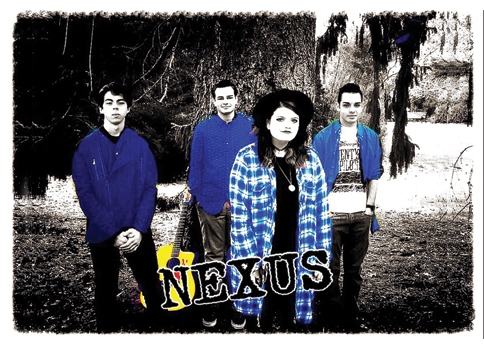 We started out in 2014 when Julia Lambert, lead singer, song writer and guitarist (16 years old) met Vince Guiliano, keyboards and bass (15 years old) at a school talent show. It was an instant connection! A little while later, we brought on John Guiliano, backup singer and percussion (17 years old). Very recently, we made the decision to bring on, lead guitarist, Jack Monteleone (14 years old). Jack is an amazing addition to our family and has helped raise the bar to where we want to take this band. From playing at The Driver’s Seat in South Hampton, as a trio, to headlining as a full band at place like Revolution and Amityville Music Hall on Long Island, NEXUS has come a long way. We are always busy working on new originals, as well as in the recording studio working on our first album and music video. Rehearsals do not feel like work, but a chance to have fun and work on our passion together. We all have a love for what we do and that’s why NEXUS, has been such a success!! This band of ours has so many goals and aspirations for the future.