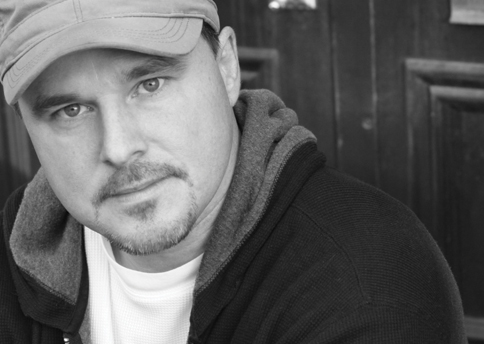 Singer-songwriter and fingerstyle guitarist Robert Bruey grew up in rural New England and lives on Long Island’s North Fork. His roots and how they have helped to shape him are reflected in the original music on his recently released CD, ‘Carousel’, and are even more evident during a live performance. Robert Bruey’s music is honest and real, raw and meaningful, gritty and naturalistic. His deft, spare and unique finger-picking style — with notes carefully left alone to be heard in the moment — provides a perfect complement for his earthy and soulful voice and the meaningful, introspective lyrics of his songs. As a musical artist, he paints with words — imbuing his songs with imagery that enables listeners to visualize his stories as he sings them.Although he cites such diverse artists as Dave Matthews, Van Morrison, Waylon Jennings, Jackson Browne and Damien Rice as influences, Robert Bruey is his own muse blazing his own musical path – one that should lead him into listening rooms and living rooms far and wide.