Zofolk
Back to Artists Page 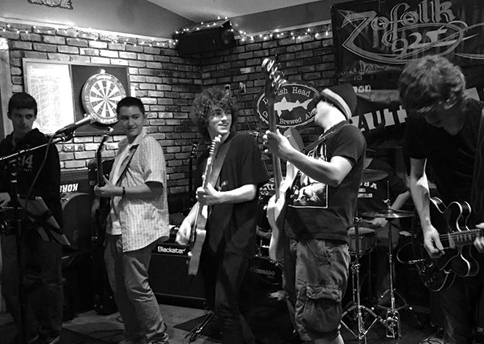 Zofolk was formed at All-Music’s Rock-n-Roll University during the Spring of 2014 and has performed at many venues including The Nassau Coliseum, Tattoo Lou’s Annual Poker Run and Easter Seals Drive and at The Cradle of Aviation.

In March 2015, Zofolk competed in The Your Big Break semi-finals at The Gold Coast Arts Center in Great Neck and won!!! In the April finals they finished 2nd overall. This year Zofolk was asked to headline The Your Big Break Finals.

Zofolk has also performed at The Boulton Center for NYRMA’s annual charity event in May, Revolution in Amityville and The Best Wings Festival at NYCB Theatre in June, as well as The 2015 Great South Bay Music Festival, The Jones Beach Bandshell and at The Nikon at Jones Beach Theater.

Last November, Zofolk hosted The Run For The Warriors event for Wounded Warriors in Lindenhurst and recently have performed with Randy Jackson of Zebra and have hooked up with The John Theissen’s Children’s Foundation to help underprivileged children on Long Island.

In March Zofolk hosted St. Baldrick’s at Napper Tandys to benefit the fight against childhood cancer.

Recently Zofolk has been writing original songs and their 1st CD will be released before the summer.